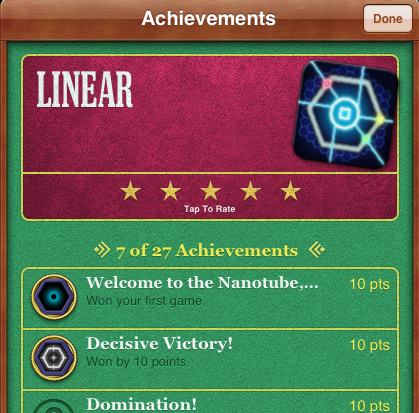 Linear 1.5 is a major release for Jackson Maynard for a few key reasons. Three things made Linear 1.5 our best game yet:

1. We made some new friends by making the game
2. Those friends inspired us to take the game in a few new directions
3. We’re working with an extremely talented new collaborator

Back in February I was invited to meet the students of West Seattle STEM Elementary by their teacher, Mr. Craig Parsley, who thought it would be really stimulating for the young people in the class to learn how software games are made. We thought it would be fun to meet members of our local community whose opinion is underrepresented when it comes to software.

What we discovered was that the students also had some really cool ideas. In Linear 1.5, we’re introducing some features based on what our new friends thought would be great to see in Linear. Things like adding the story of the game into the main gameplay, adding performance achievements you can discover as you play, and putting in a new way to play a multiplayer game called Quick Match. These are all new in Linear 1.5.

The final big change in Linear 1.5 is the input of our newest collaborator, Betsy Aoki. Betsy’s a really important part of Linear 1.5. She’s made changes to the way we think about our game, how our community plays the game and opened our eyes to the ways we can meet new people. She helped us get a crisper focus on what our players want and feel when they play the game. We are really fortunate to work with Betsy.

Games are a part of how we live our lives. Games are also reflective of how we think about the world. For the creators of games, it’s also a way to take our feelings, expressions and memories of who we are and fashion those things into a work that another person can play. What’s great about Linear 1.5 is that many new people imprinted their own views into it. It’s a richer and better game for all of the contributions that people have made to it, and that’s why we are so proud to release it.