Easy to learn but rewarding to master, Linear is a strategy game in which you draw lines to score the most points, while blocking the other players’ lines. Players receive more points for the longest lines, and combinations of lines are worth even more!

Hard-line strategy purists will enjoy its sleek and elegant design, while parents and kids will delight in the way it teaches counting, spatial relations, and tactical thinking in a way that makes learning easy.

Project Notes
We adapted Linear from the upcoming tabletop strategy game of the same name, with the blessing and strong endorsement of Catalyst Game labs (makers of Shadowrun and MechWarrior). In doing so, we were able to demonstrate how combined creativity and storytelling of a digital game company and a traditional tabletop game company can evolve something unique and memorable.
Our biggest design and development goal with Linear was to create a phone game that played like a tabletop game. Since most mobile phone games are single-player, we knew that we would have to create from scratch both a progressive difficulty system and a challenging enemy AI to meet mobile gamer expectations, while still retaining the simple-to-learn gameplay present in the tabletop game.
Tabletop games are always designed first and foremost for multiple players and so creativity here was called for. You will see the hints of a new story emerging as you progress through to the higher levels of Linear – Jeff Hoy, our creative director for the project, outdid himself with the visuals and working in a bit of mystery.
We also worked a great deal on touch-specific interaction in the game, specifically how musical cues and visual elements, inspired by futuristic films and novels, could enhance the player’s focus and interaction while playing with the game.
Finally, we released the game to both Facebook and iOS specifically to broaden awareness to younger players who might otherwise not be able to experience the game on an iPad or iPhone.

Like to learn more about this or other projects? Get in touch with us, we’re happy to talk and share what we know! 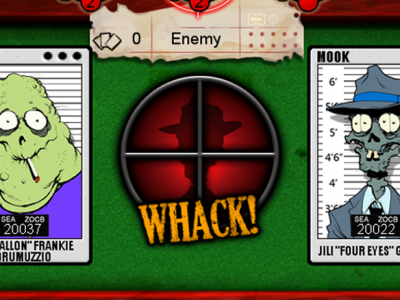